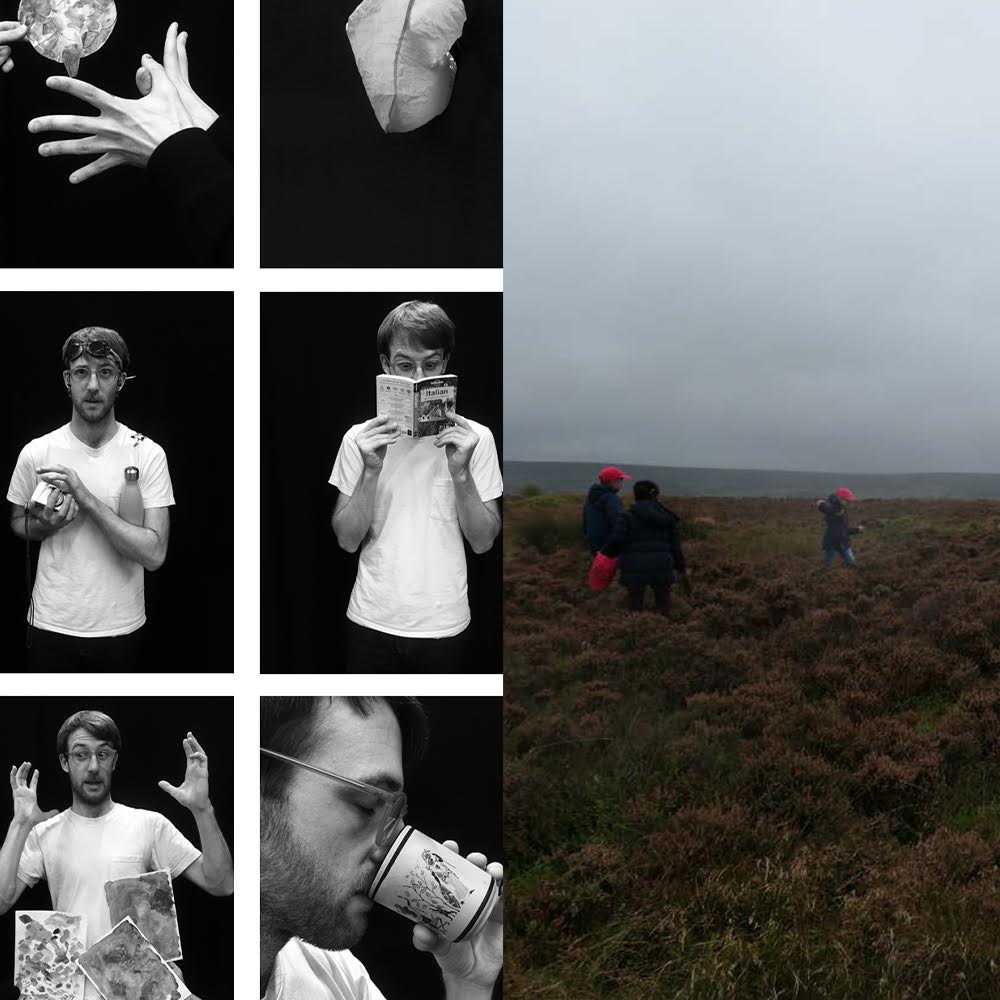 Lecturer Nicolas Burrows performs a form of method illustration with the third years at Camberwell in 2017 (left) and Rachel Emily Taylor’s project ’The Outsider’ at the Bronte Parsonage Museum; working with children to explore the landscape in an attempt to find a ‘contemporary Heathcliff’ as a form of Method Illustration, in 2018 (right)

When Jen Franklin and Rachel Emily Taylor met, through Rachel’s appointment as Course Leader on BA Illustration at Camberwell, they found a shared principle. For several years Jen had set a task to inspire third years to understand the topics of their Independent Programme of Study in more depth. She had called the task ‘Method Illustration’. ‘Method Illustration’ plays on the term ‘Method Acting’ which is built on techniques of the Stanislavski System.

Meanwhile, Rachel had been undertaking a PhD that involved methods from theatre practice, with techniques from Stanislavski’s System such as ‘Given Circumstances’ and ‘Magic If,’ with the aim to construct and embody a ‘character’. There were parallels between Rachel’s work and the ethos on the third year at Camberwell.

Together with the Camberwell team they now practice ‘Method Illustration.’ It alludes to an embodiment of experience and understanding before or during the production of illustration in relation to a topic or theme. It can be perceived as a form of research that is ‘active’.

‘Method Illustration’ allows research to be part of daily life rather than existing solely as an activity of academia. Everyone researches through life experience. ‘Method Illustration’ aims to give more space to authentic voices and to lead to outcomes that may exist meaningfully beyond the established expectations of the discipline.

After positioning ‘Method Illustration’, the paper will present the work of the speakers, including examples of student work.

Rachel Emily Taylor is the Course Leader of BA Illustration at Camberwell, and her practice is situated at historical sites and aims to ‘give a voice’ to historical people who have been mis- or under-represented. As part of the process, Rachel works uses workshops to engage with participants, and during these sessions methods from theatre practice are employed. Material outcomes from the sessions are weaved into illustrative works, as if found artefacts. Rachel has recently worked with the Foundling Museum, the Bronte Parsonage Museum, the Horniman Museum, and Bowes Museum.

Jen Franklin is Year 3 Leader on the BA Illustration course at Camberwell. She has been engaging final year students in ‘method illustration’ as part of their research process. Jen encourages diverse outcomes by working with the principle that illustration is not confined to the visual and the idea that the discipline might start with an image but not always end with an image. Jen was an ideas consultant and trend forecaster for textiles and colour before selling and licensing images in her own shop and for small galleries and fairs. She later became an educator and has worked across a range of higher education, community and gallery settings.