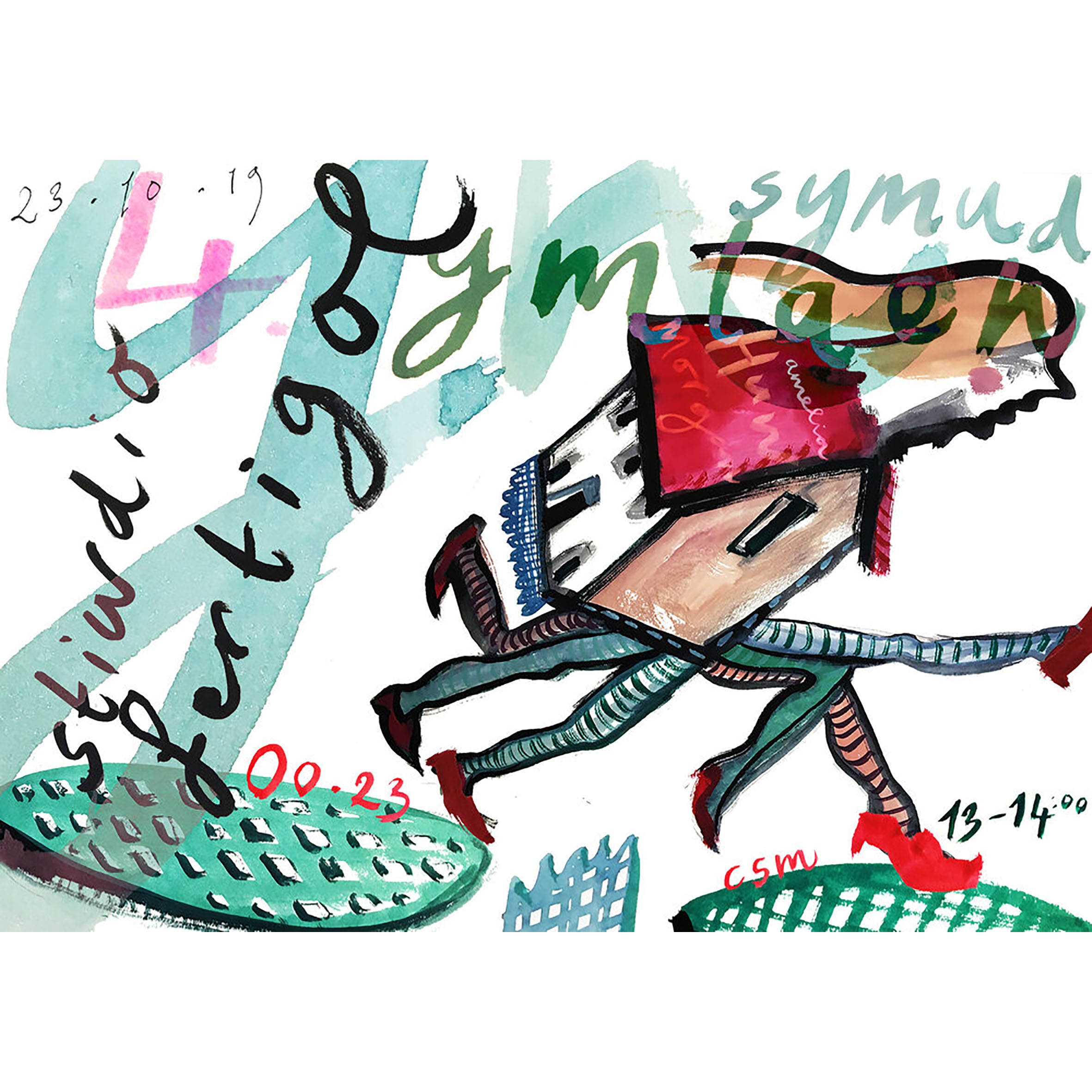 Through the lenses of epic ‘Brechtian’ and cathartic ‘Stanislavskian’ theatre, interior monologue (Woolf 1925, Joyce 1922, Mansfield 1917) and puppetry (Gross 2011, Nelson 2001) this paper explores the languages for illustration beyond material process. It examines the layers of meaning both phenomenological and ontological, which are built towards the performing image in the instant it is encountered. The stimuli for this paper are the phantasmagorical post-apocalyptic text Riddley Walker (Hoban 1980) deploying the literature to inform the purpose and imagination of the speaking image and the essay ‘On Marionette Theatre’ (Von Kleist 1810) exploring the natural grace in the inanimate towards the concept of the sentient illustrated image; a pulsing, breathing, acting, image; which works not for, but in participation with the viewer.

This paper cavorts through layers of ideas which have become a compost from which to understand the practice of the illustrated image away from the illustrator; the purpose and performance of the image in context utilising the concepts borrowed from literature and theatre to form new methodological approaches for teaching and researching illustration.

The paper will address the potential problems with ‘styles’ and ‘mute’ images and promote the concept that drives visual languages through exploring the theatrical and literary modes of practice as grounds for building new structures from which to examine, teach, make and research illustrative practice. The chief concern of this paper is the operation of the illustration actively upon and with the participant viewer (Merleau-Ponty 1962, Jameson 1968, Baudelaire 1853, Rilke 1914) developing criticality, questions, and ultimately, Wonder (Van Manen 2016). This paper will be illustrated with original illustrations and diagrams building the framework for the next phase of this research, the paper will be open and questioning, yet also contrariwise, polemic and forthright addressing the value of the illustrated image in the everyday.

Amelia Huw Morgan is an Illustrator and Senior lecturer in Illustration at Cardiff School of Art & Design teaching into the undergraduate scheme and leading the MA Pathway in Illustration & Animation.

Amelia’s work and teaching focuses on the action of the illustrated image in the world in hope of what she refers to as, ‘The Participant Viewer’. Amelia’s practice explores themes from fairy tale, folklore and post apocalyptic imaginings working with the ideas to build memory, nostalgia and identity she is fascinated in exploring how images speak, teach lessons and forewarn. Amelia has worked on projects using puppetry, shadows and object theatre, running and drawing at the same time, influenced by the itinerant storytellers of the Polish Szopka traditions, and very much by the rituals of a childhood lived through stories, plays and imagination. Amelia’s work is colourful, sometimes frightening, bold and immediate; she describes her process as going into a ‘sort of trance of making’ only to be flung out by some worldly interruption from her imaginative dreamscape. Amelia lives on the edge of the Welsh valleys with her husband Richard and daughter Petrofa, living and breathing illustration advocating it as a discipline and a powerful humane force.