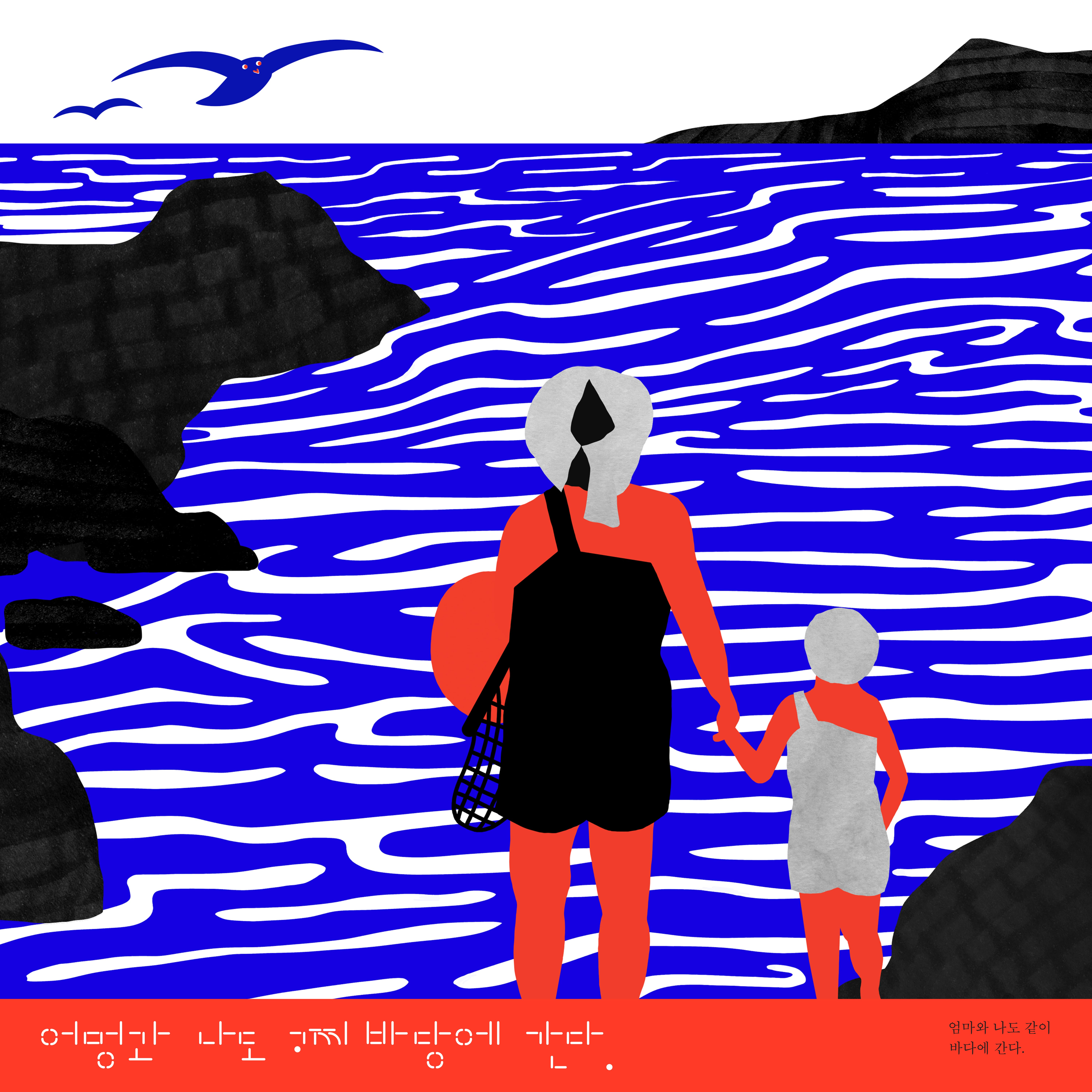 A part of the book, Badangbat (Sea Field)

Illustration Practice as a tool for understanding disappearing culture

This practice-based research explores the role of illustration as a cultural generator for understanding disappearing cultural forms, specifically case studies around ‘Haenyeo ’ and ‘Jeju language’ . Positioning illustration practice as a tool for examining lived experience, the investigation seeks a way of manifesting intangible cultural heritage.

Apart from the mainland in South Korea, Jeju Island has developed its distinctive culture like Haenyeo and Jeju language. Although the significance of these unique cultural heritages have been identified, they are in danger of extinction. Both the Jeju language and Haenyeo are fading due to an apparent disinterested new generation.

The research examines illustration practice as a tool for facilitating activities that centre on these endangered cultural heritages. Through two interviews, two workshops, and a creative response from the artist, illustration practice widely engages and tests through the following methodologies:

Through the exhibition of outcomes and the analysis of the feedback from audiences, this practice-based research argues illustration is a generative and innovatory tool for sustaining culture as lived and living, by opening up cross-generational dialogue, bridging the gap between old disappearing cultures and the new younger generation.

Yeni Kim is an illustrator, designer, and educator.

She received her MA in Visual Communication at Royal College of Art, and currently is an PhD candidate in Illustration at Kingston University.

Based in Seoul and London, she has continued her extensive works on visual communication as a multi-disciplinary practitioner including illustration, graphic design, and UX design. Working as a designer at Brody Associates and Orla Kiely Studios in London, she carried out branding projects for global companies as a designer and also participated in a number of exhibitions internationally as an illustrator.

She taught illustration at the Camberwell College of Arts in University Arts of London and Kingston University, and is currently an assistant professor in visual communication at Hongik University in Seoul, South Korea. Her main interest is in the art of storytelling- she collects the stories from everyday or mundane life and visualises through interpretation and investigation.