Lecturer in Illustration, University of Plymouth 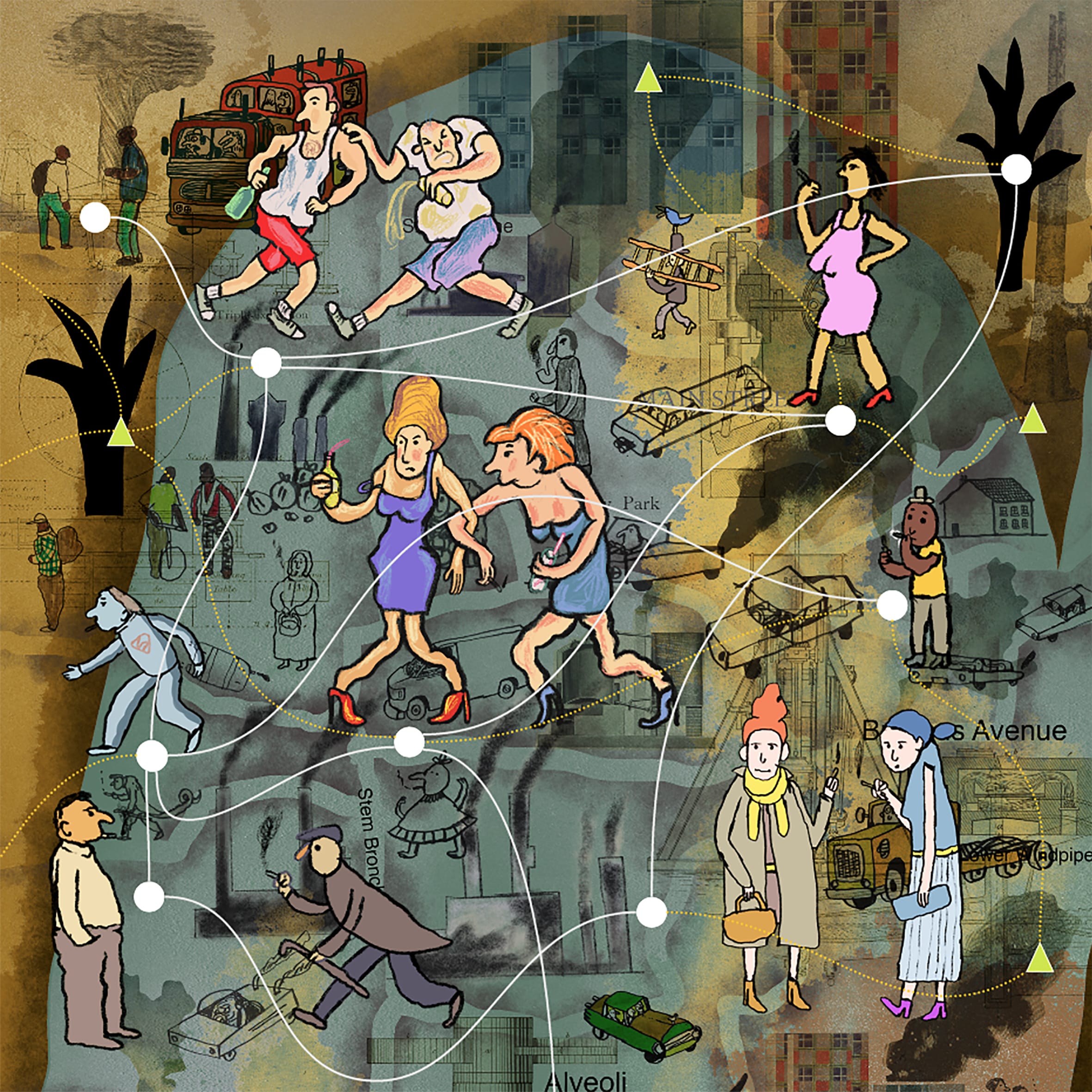 ‘Dirty Old Town’ an illustration of a rhizome by John Kilburn for the Fresh Air World collaboration.

An Illustration of a Rhizome: integrating collaborative, interdisciplinary and ethical projects within the illustration curriculum

Reflecting on three years in the role of second-year coordinator on the BA (hons) illustration degree at University of Plymouth this paper will use rhizomatic mapping methods to explore how ethical, interdisciplinary and collaborative projects have become integral to my role as teacher-practitioner. I will consider the example of how a service-learning initiative was introduced to the ILLUS510 module in 2017 and some of the successful projects and relationships that have now evolved bringing opportunities for new research, funding and real-world impact.

The paper will use two projects as case studies:

A Suitcase Full of Eels – a project about the critically endangered European eel (Anguilla anguilla) funded by the Sustainable Earth Institute’s Creative Associate Awards that led students to exhibit work at the European Parliament in Brussels, the London Wetlands Centre, The Dutch Church and the Natural History Museum.

FRESH AIR - a collaboration with Professor Rupert Jones and the Fresh Air research group aimed at preventing and mitigating Chronic Obstructive Pulmonary Disease in developing countries. The Fresh Air project received funding from the Global Challenges Research Fund and student outcomes have been adopted by the World Health Organisation as key training aids for community health workers in Africa.

The paper will critically evaluate how a playful, open and non-prescriptive approach to this model of teaching and can engage each actor with essential and transformative learning related to the future of our planet whilst encouraging new reflections and understanding of the role and value of illustration.

John Kilburn is a lecturer in Illustration at the University of Plymouth. His current research promotes illustration and sustainability through collaborative and interdisciplinary partnerships. Projects include A Suitcase Full of Eels (eels.cargo.site) which has brought attention to the critically endangered European Eel and Fresh Air World, a project about air pollution and health in collaboration with Professor Rupert Jones and 15lb Pink Productions (Alberta, Canada). Student projects produced as part of the Fresh Air initiative have been adopted by the World Health Organistion as core training resources for health officials in Africa. John is a director of Atlantic Press who publish first time works of authorial illustration. As an illustrator, high profile clients include Thames & Hudson, Cappelen Damn and Gestalten. John has recently exhibited work at the London Wetlands Center, The Natural History Museum, London and the European Parliament in Brussels. His handmade pop-up book The Golden Plaice features in several international collections, the sixth edition was commissioned by the Yale Center for British Art for the 2014 summer exhibition “Of Green Leaf, Bird, and Flower”: Artists’ Books and the Natural World.