PhD candidate, Amsterdam School of Cultural Analysis (ASCA) at the University of Amsterdam 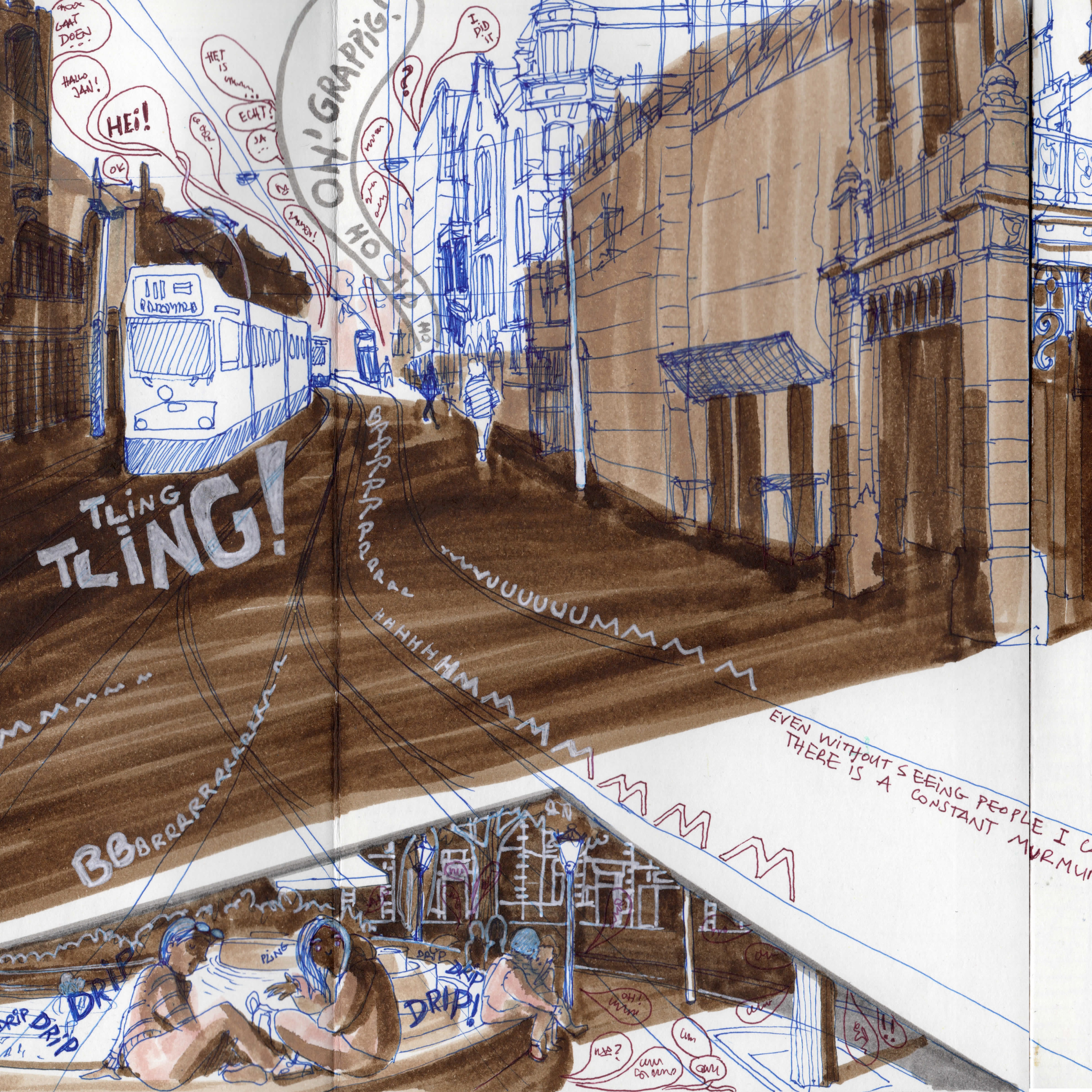 Drawing as you go: Considerations about the illustrator as urban researcher

Leaflets, cartoons, travel illustrations and comics were critical as communication pieces for the masses in the emergence of the modern city. Illustration, in general, has been a crucial storytelling element to chronicle the city and its daily life. Recently, there has been renewed interest in illustration as an urban discursive space revealing the city as a complex entity through multiple perspectives in an open-ended medium. In this context, illustrated cities are city interpretations by illustrators that take urban space as their primary source. Following this framework, my artistic practice as research combines theory and praxis to demonstrate how this phenomenon finds itself at the intersection between urban experience, place and illustration. Therefore, I aim to experiment with illustration practices as skilful acts to investigate the city while, simultaneously, exploring these illustrations' potential to be an object of critical thinking, awareness and further urban education. My encounter with the city takes the form of an embodied approach through psychogeographical methods and graphic journalism. My illustration practice in the city aims to 'know as you go' carrying out a performance that is not premeditated before departure but discovered along the way. By exploring the complexity of the city through embodiment, the illustrator investigates the different ways in which the urban dynamics (architecture, rhythms, flows, moods, people and stories) enhance, complement or contradict their urban imaginary, perception and understanding of urban space. This presentation aims to give an overview of the limitations and benefits of artistic practice as research in the process of understanding urban space and its issues through drawing methodologies.

Tânia A. Cardoso is a PhD candidate at the Amsterdam School for Cultural Analysis (ASCA) in the University of Amsterdam, supported by the Portuguese Foundation for Science and Technology (FCT); and has an MA in Urbanism from the Federal University of Rio de Janeiro. Currently, she investigates the dynamics between praxis and theory in city illustration through her artistic practice as research. Her professional illustration practice has been included in several international collective exhibitions and was awarded the ‘Worldwide Picture Book Illustration Competition’ 2015 in the Netherlands, the ‘Gorsedh Kernow Creativity Award’ 2017 in Cornwall, UK and was nominated finalist for the ‘Women Cartoonists International Award’ 2019 in Normandy, France.