Graduate of the MFA programme in Visual Communication, Konstfack 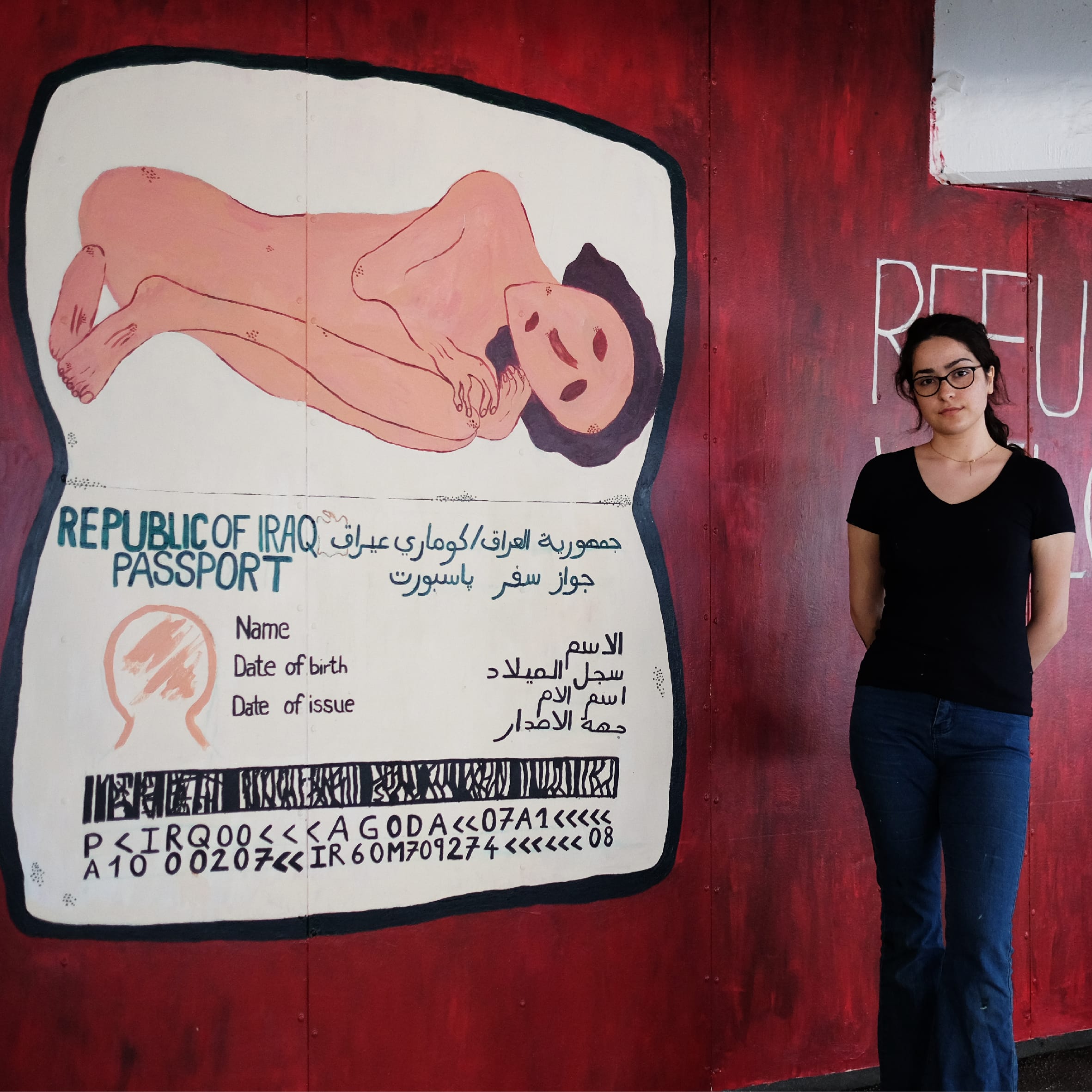 "Refugees Welcome?"" aims to explore the tool of illustrative storytelling to challenge governmental restrictions faced by refugee narratives in Sweden. The project presents a study of stereotypes that stigmatize the refugee’s identity in Sweden. Refugees are often portrayed as immigrants and nothing but immigrants, faceless victims on news, and often, nameless suffering people drowning in some sea. This portrayal makes the humanity of the refugee invisible.

The misrepresentation of refugees always portrays the ‘’Other’s’’ identity as a problem. The refugee has always been a crisis, ‘’a global refugee crisis’’, ‘’an integration crisis’’, and a ‘’European migrant crisis’’. The misuse of terminology to describe refugees in political discourse results in feelings that become politicized and socialized. Feelings such as fear, hate, and apathy create social segregation between the nationalist and the refugee, a burden that often lays on the refugee alone.

The research delves into the socio-political consequences of misrepresenting the refugee’s identity with a focus on Swedish media, political discourse, and the design experience inside the Migration Board’s offices in Sweden. The research’s visual outcome is a graphic novel that narrates two parallel stories. One being the author’s own experience as an asylum seeker, and the other, a narration of the overall refugee situation in Sweden. Illustration in this project serves an aim beyond its practical aspect of depicting a narrative. It is a resistance against the restrictions of filming, recording, and photographing what happens inside the Migration Board’s offices. It is a significant tool that educates, interprets, and re-contextualizes the right of refugees to tell their own stories as well as document and expose a history only told by the oppressor.

Hayfaa Chalabi is an illustrator and storyteller interested in the study of governmental restrictions of democratic practices and the role of illustration to re-contextualise narratives, histories, and discussions. She graduated with a BFA in Visual Communication + Change from Linnaeus University – Kalmar, Sweden and an MFA in Visual Communication from Konstfack – Stockholm, Sweden. Chalabi uses her power as an illustrator and storyteller to raise awareness about different socio-political issues. Her work revolves mainly around the misuse of power structures in our society and the intersections of visual culture, gender, and migration.

During her undergraduate studies, Chalabi has conducted the research "Your exotic, your victim, your terrorist – Visual storytelling to challenge the western stigma of Arab women in areas of conflict". The research tackled the issue of Western representation of Arab Women in areas of conflict, focusing on the case of Raqqa in Syria during its total occupation by the Islamic State in 2014. Her "Refugees Welcome?" graphic novel was written and illustrated during her MA and discusses the experiences of violations towards refugees in Sweden, based on autobiographical events.