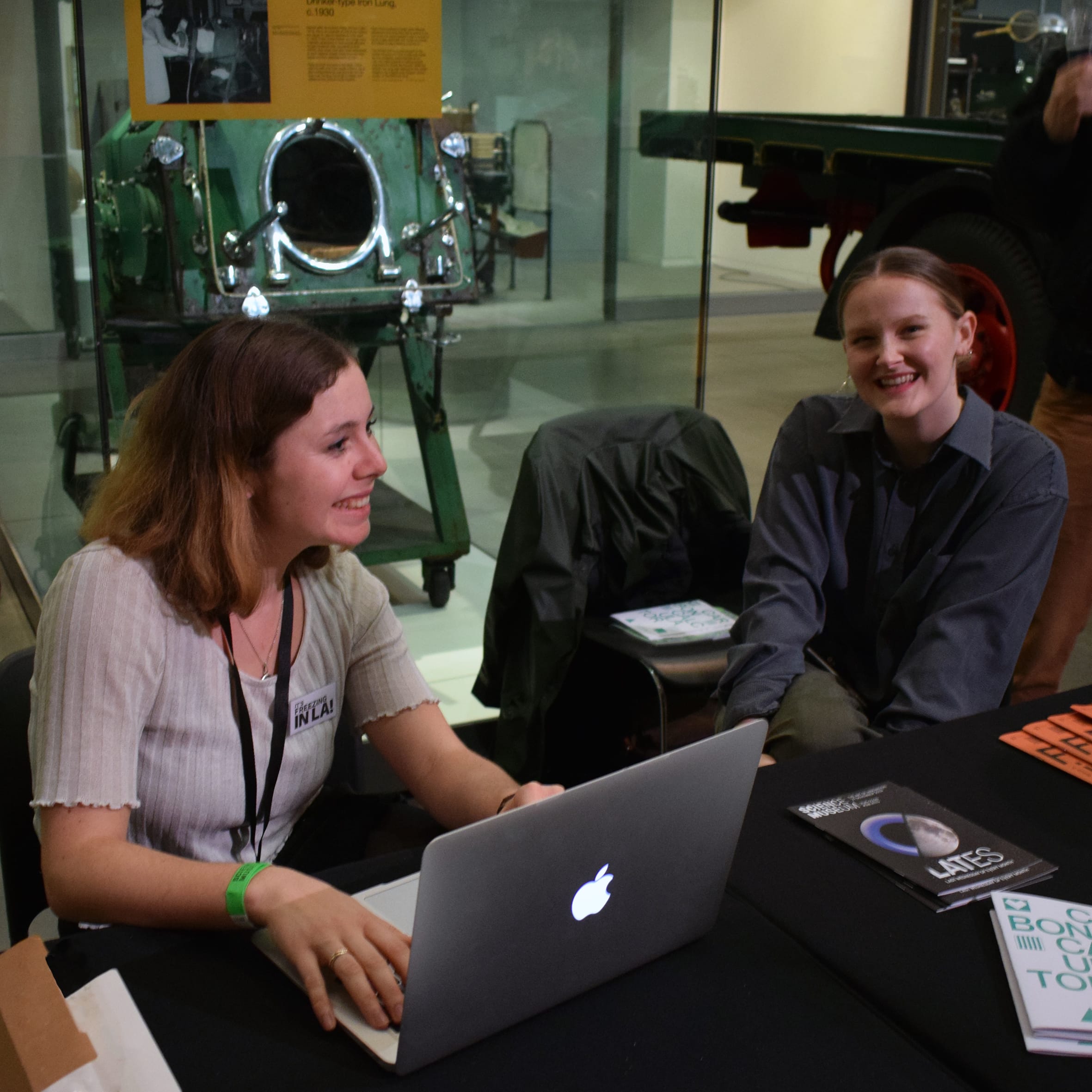 Martha Dillon and Nina Carter at IFLA!'s Carbon Calculator at the Science Museum, London, in November 2019

It’s Freezing in LA! (IFLA!) is a multi-disciplinary project that prints critical essays about the environment. It operates as a tight collaboration between illustrators, scientists and writers, believing that a multi-disciplinary approach to climate discussion is key to broadening its impact, detail and ability to push change.

The team behind IFLA! are interested in adding to the dialogue around the role of illustration in climate communication and would like to understand how it’s used to engage, educate and connect with audiences. They believe that it has a strong influence on both audiences and contributors, shaping not only the relationship between the reader and the magazine, but also the direction of the whole project.

Looking at the impact of illustration on the content of the magazine itself, two of the founders, Nina Carter and Martha Dillon, who recently graduated from illustration and engineering backgrounds, will share their insight in bringing together illustrative and scientific perspectives. They will explore how this has driven the IFLA! team to ask thought-provoking questions that scrutinise the project, and the climate crisis, from different perspectives.

IFLA! believes that humans are fundamentally emotional beings and that data rarely changes opinions in isolation. They speculate that illustration makes complex topics feel near, personal and urgent, bringing a human context which can alter the tone of dialogues about climate change.

They will use their experience to question what an illustrator’s perspective brings to a multi- disciplinary team working on an issue-based topic, with a broader interest in how this framework could potentially be applied to other settings.

Their research is speculative and ongoing, and it’s position in this year’s Illustration Research Symposium is an opportunity to share and gather thoughts and ideas.

It’s Freezing in LA! (IFLA!) is a bi-annual magazine about climate change that publish critical essays which look to untangle the environmental tensions and choices that humanity must navigate with detail, imagination and diverse voices. IFLA! aims to find the ground between science and activism, inviting illustrators and writers from a variety of fields to give their perspective on how climate change will affect, and is affecting, society. IFLA! is a multi-disciplinary collective run by a diverse team of practitioners, including Editor, Martha Dillon, and Co-Creative Director and Art Editor, Nina Carter. Martha Dillon is an engineer, working in urban city design for climatic change. Her work at IFLA! informs her professional interest in how low carbon, healthy design of spaces can also be inclusive and conscious of political and socio-economic challenges. Nina Carter is an illustrator and recent graduate of Kingston University’s BA (Hons) Illustration Animation course. Her work at IFLA! forms part of a greater interest in visual storytelling as a powerful tool in social change. Nina visits a number of communication courses around the country, including Ravensbourne University and Winchester School of Art, and is part of Draw Lambeth Collective.